A CHILD'S CHRISTMAS IN WALES, Storytelling in New York (c) By Polly Guerin

You can order the story through Amazon. To read more about Chelsea Opera go to www.chelseaopera.org.

Visit Polly's other blogs at www.pollytalk.com, just click on the links in the right-hand column.
Posted by Polly Guerin at 8:14 PM No comments:

MATILDA III, REIGNING QUEEN AT THE ALGONQUIN (c) A Story of Fact and Fiction By Polly Guerin 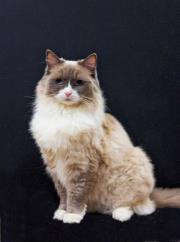 Posted by Polly Guerin at 1:43 PM No comments: